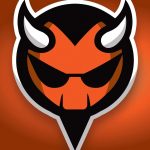 Darren McKee, a radio show host in Denver, published the email sent to the player by Jeffcoat. In the email, Jeffcoat wrote:

Thanks for the interest in our program. Unfortunately, we are not recruiting players from the state of Colorado. In the past, players have had trouble passing our drug test. We have made a decision to not take a chance on Student-athletes from your state. You can thank your liberal politicians. Best of Luck wherever you decide to play.

CBS Denver also notes that a violation of a National Association of Intercollegiate Athletics rule was discovered, unrelated to the email/recruiting issue.

Texas Wesleyan University president Frederick Slabach said, “I want to make sure he knows that the comments contained in that email absolutely do not express the values of this university and we would love to have Gavin here as a student.” Slabach also said TWU “does not tolerate discrimination.” He continued, “We value inclusiveness. We value education, critical thinking, and supporting student athletes who are here for the love of the game.”

Jeffcoat, 58, went to high school in Arkansas and attended college at Louisiana Tech University. The Indians selected him in the 13th round of the 1980 draft. He went on to have a 10-year career in the majors from 1983-94, playing for the Indians, Giants, Rangers, and Marlins. Jeffcoat had been the head coach of TWU’s baseball team since 2002.

Jeffcoat may find it interesting that, following Colorado’s legalization, marijuana use among teens has actually declined, as the Washington Post reported in December. Furthermore, for teens, the usage rates of alcohol, tobacco, and heroin also sharply declined following legalization. You can thank your liberal politicians.

Fighting for the Powers of Evil Because Good is Dumb

Documenting the antics of a few Michigan natives scattered across the U.S., the Goin’ Deep Show started in October 2004 with the goal of letting listeners become a fly on the wall during everyday conversations about the co-hosts’ debauchery, along with a little pop culture, sports and current events sprinkled in. “When you see that table full of people laughing at the bar, and you wonder what they’re laughing about … that’s our show in a nutshell. We give you access to those conversations,” said original GDS member and current show mastermind Alan “Kid” Garcia. “You want to know what guys talk about? Listen to the show. We put everything on the table. No topic is off limits.” While the lineup of co-hosts has rotated throughout the years, the hijinks of the crew have kept the show true to its mission: Bringing you the good, bad and ugly … all uncensored. The 30-minute episodes have contained everything from in-studio interviews with porn stars, to on-air adult diaper tests and on-location bathroom call-ins along with every heated conversation and way too much personal information revealed.

We X-Rayed Some MLB Baseballs. Here’s What We Found.

In a first for video games, a major sports league is making its own game

Behind The Lens With Tobiasglawe